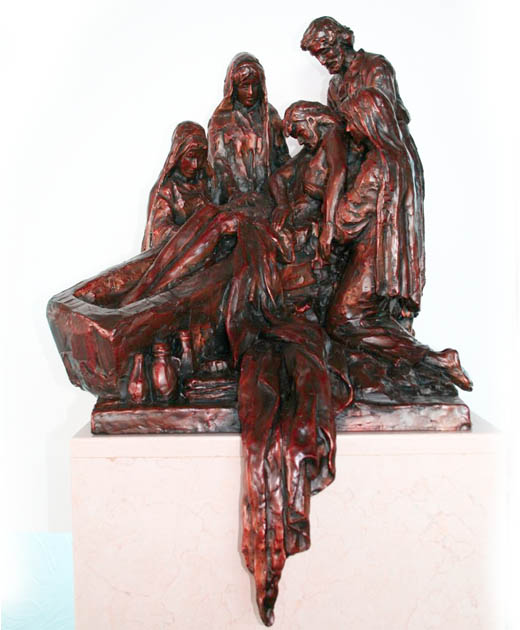 XIV—JESUS IS LAID IN THE TOMB

“And when Joseph had taken the body,he wrapped it in a clean linen cloth, and laid it in his own new tomb, which he had hewn out in the rock:  and he rolled a great stone to the door of the sepulcher, and departed.”  (Matthew 27:59-60)