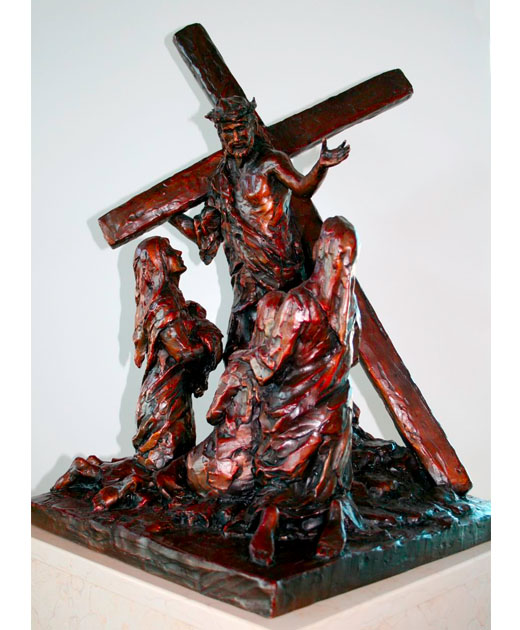 VIII—JESUS CONSOLES THE WOMEN OF JERUSALEM

“And there followed him a great company of people, and of women which also bewailed and lamented him.  But Jesus turning unto them said, Daughters of Jerusalem, weep not for me, but weep for yourselves, and for your children.”  23:27-28